Control of the policies, employees and schools in the Lawton Public Schools rests with the Lawton Board of Education. Its five voting members are elected by the Lawton community; the board's control of the district is subject only to limitations imposed by law and the will of voters.

Each board member serves a five-year term, with one board position up for election annually. In addition, Fort Sill is represented on the board through a non-voting member appointed by the post's commanding general. Board member representation of citizens is determined by the physical home address of each citizen.

The public is welcome at all meetings of the board. Meetings follow the guidance of the Oklahoma Open Meetings Law, which allows the board to hold executive sessions to discuss personnel or legal matters. Executive sessions are closed to the public and to school personnel; however, any discussion must be confined to these areas and any action resulting from the discussion must be taken when the board reconvenes in open session in a public vote. To email board members, click on their name above.

Meeting dates for each calendar year are determined during the preceding December and are filed with the county clerk's office at the Comanche County Courthouse in Lawton. Agendas for each meeting are posted in the foyer of the John Shoemaker Education Center, 753 Fort Sill Boulevard, at least 48 hours prior to the meeting.

Regularly scheduled meetings of the Lawton Board of Education are typically held on the first Monday and third Thursday of each month, at 5 p.m. in the Shoemaker Auditorium. Shoemaker is located at 753 Fort Sill Boulevard, Lawton, Oklahoma 73502. These meetings are also televised live over Fidelity Communications Channel 98. Previously recorded meetings will also be made available on the Lawton Public Schools YouTube page.

The board president and superintendent prepare each meeting's agenda, which follows an established format. Items may be placed on the agenda to provide information or for possible board action. If the item requires formal action, legally, the board can only act on it if it has been included on that meeting's agenda.

For a full view of board coverage, please visit our Board of Education Area Map

2023 Board of Education Meetings 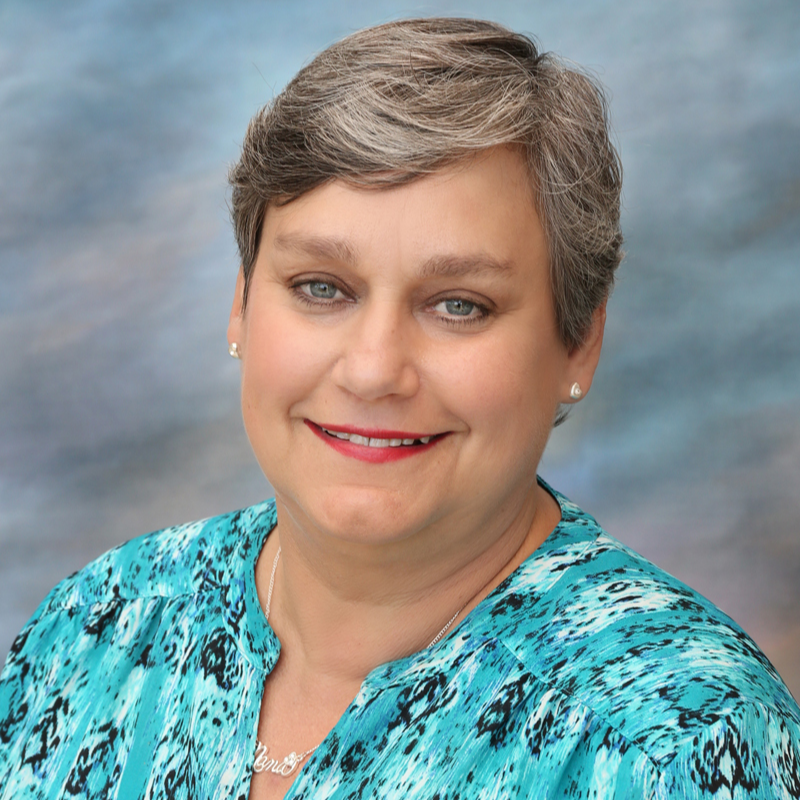 Carla Clodfelter started her tenure on the Lawton Board of Education in February 2016. She serves Area 1 which includes Pat Henry Elementary, Freedom Elementary, Pioneer Park Elementary, Central Middle School and Lawton High School. Clodfelter graduated from Lawton High School in 1982 and attended Cameron University. Her husband Mark, of 37 years, is also a graduate of Lawton High School, graduating in 1981. They have three grown children, all graduates of Lawton High School as well. Clodfelter has nine grandchildren, two currently enrolled in Lawton Public Schools, with two starting next year.
She has been President, Vice-President and Treasurer for many different organization, PTSA, and four booster clubs. She also has coached basketball and baseball. She likes to spend her spare time traveling with her husband and spoiling her grandkids! 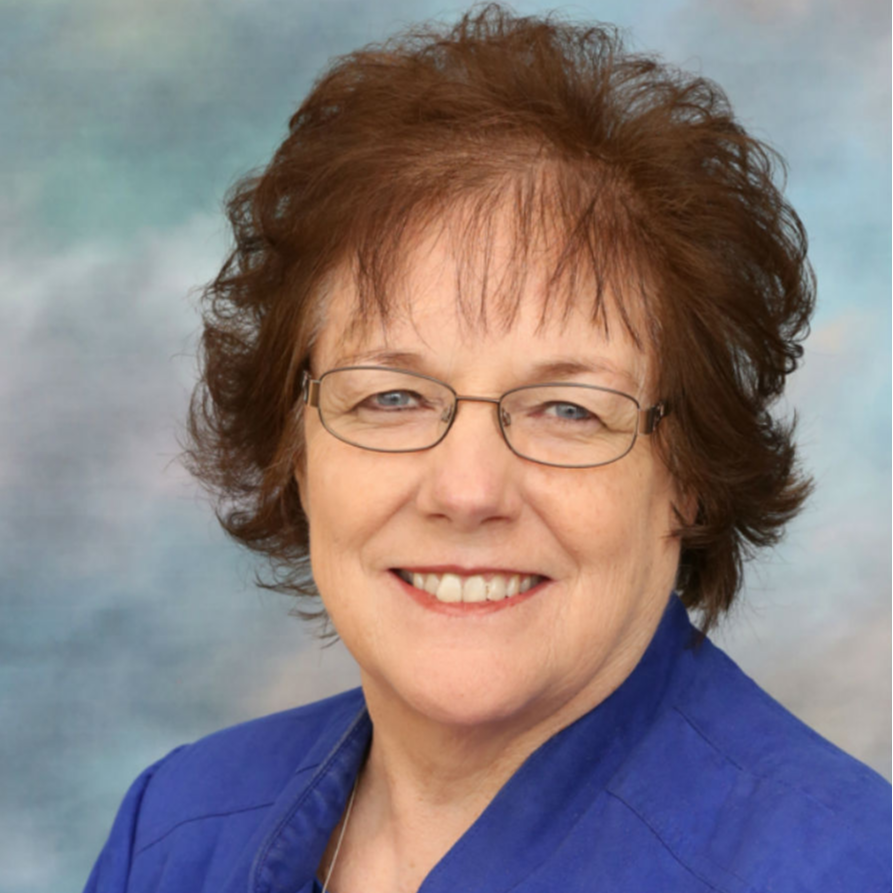 Patty is returning to the Lawton Public Schools Board of Education after a ten year absence. She was a member for fifteen years, serving as president three times and legislative representative for several years. Past committees were Military Child Education Coalition, the Equity Committee, District Education Improvement Council, Lawton-Fort Sill Community Education Advisory Committee and Professional Development Committee. Neuwirth was a member of the Oklahoma State School Boards Association (OSSBA) State Legislative Network and a past member of the National School Boards Association Federal Relations Network.
Neuwirth was named to the OSSBA All-State School Board, and attained the highest level in the Oklahoma State School Board Academy. She has served as an OSSBA Board Member, District 11 director, legislative, convention and audit committees. She has also received the National School Boards Association Distinguished Service Award.
Neuwirth began her involvement with schools as a parent volunteer. She has served as a PTA unit president nine times, Lawton PTA Council president two years, and Oklahoma PTA state president. Other offices include treasurer (twice), vice president, public relations and office chairman. She served on the National PTA Board of Directors four years and served two years as trustee to the National PTA Endowment.
While PTA Council president, she initiated the LPS joint task force on libraries to improve the district’s libraries. She also was the Oklahoma representative to the White House Conference on Libraries. Other committees included LPS Teacher of the Year, Lawton Literacy Task Force, Distinguished Service Award and Five-year Improvement. Statewide committees include Oklahoma Commission on Educational Leadership, Oklahoma Education Coalition, State Teacher of the Year Selection Committee and Oklahoma Governors Committee on Tobacco & Youth.
As a school board member, Neuwirth was instrumental in the district’s equity study to research the concept that family financial condition or a teachers outside resources must not limit the opportunity for each student to participate in basic school programs. As a result, additional district funds were applied to basic programs, giving teachers the resources to provide every student with the opportunity to participate and learn.
Neuwirth is the past state director for the Oklahoma Academic Decathlon. This is a statewide academic competition for high school teams. She also served the United States Academic Decathlon State Directors Association as the South Region Coordinator.
Neuwirth is involved in other community activities: Habitat For Humanity (president), Lawton Public Library Board (president), Friends of the Library (treasurer & past president),Lawton Community Theatre (past-president), Little Chapel of Lawton (treasurer), Comanche County Multidisciplinary Team - Sanctuary (treasurer), Lawton PTA Council (past president & Associate Membership Chairman), and Lawton Chamber of Commerce Education Task Force Chairman. Past activities include Boulevard of Lights, Leadership Lawton, American Cancer Society, Junior League, CASA, Camp Fire, Boy Scouts, Oklahoma Education Enhancement Foundation, and Lawton Redistricting Commission,
Awards: Sheila O Lee. Volunteer of the Year 2014 (Lawton Ft. Sill Chamber of Commerce), Oklahoma State School Board All-State School Board, the Ralph Holman Distinguished Service Award (Life Long Learning Council), MLK Lifetime Achievement Award, National PTA Life Member and 2007 Business of the Arts.
Neuwirth was a partner in RCS Enterprises L.L.C., the local Burger King Franchise comprised of five stores until February, 2015 when the business was sold. Currently she is Executive Director of the Lawton Philharmonic Orchestra. She is also employed as financial secretary for First Christian Church. After earning her degree in business from Oklahoma State University she moved to Lawton in 1971. She has two grown children and three grandchildren. 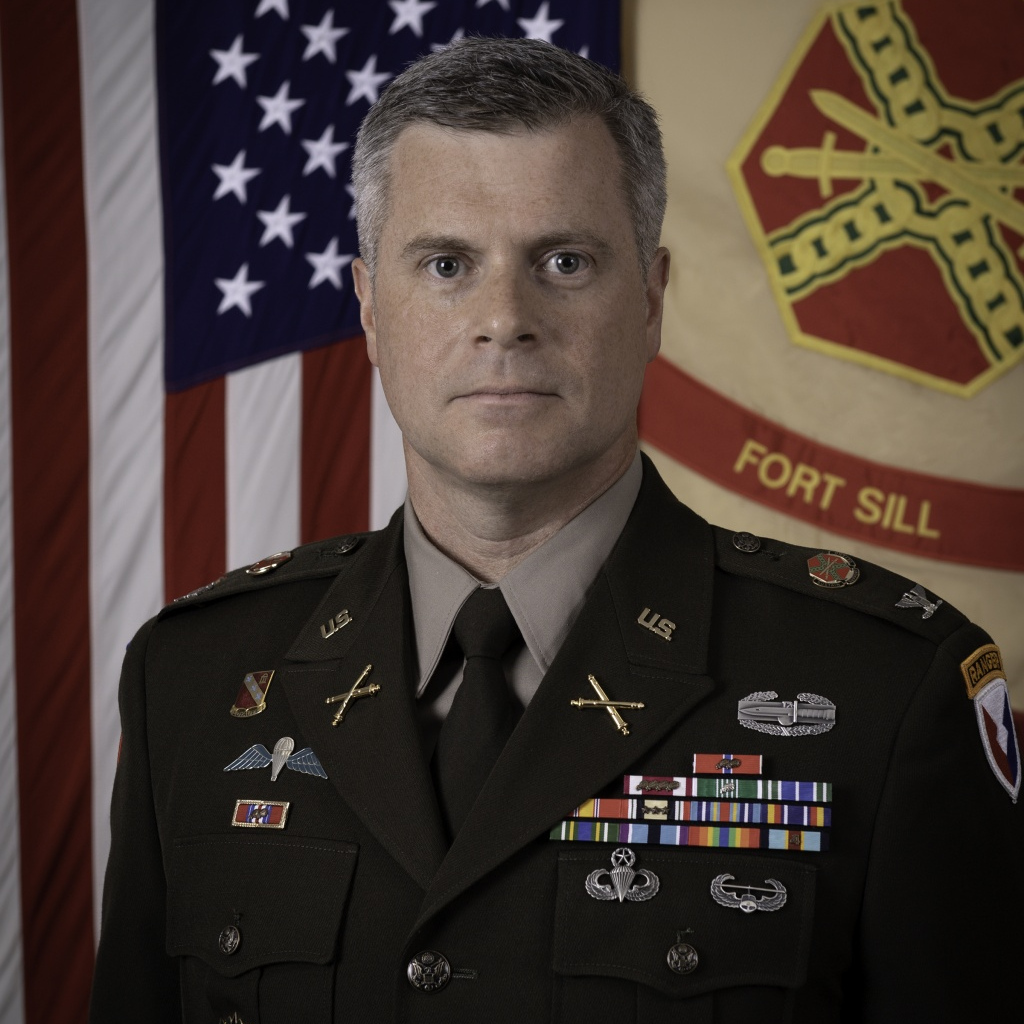 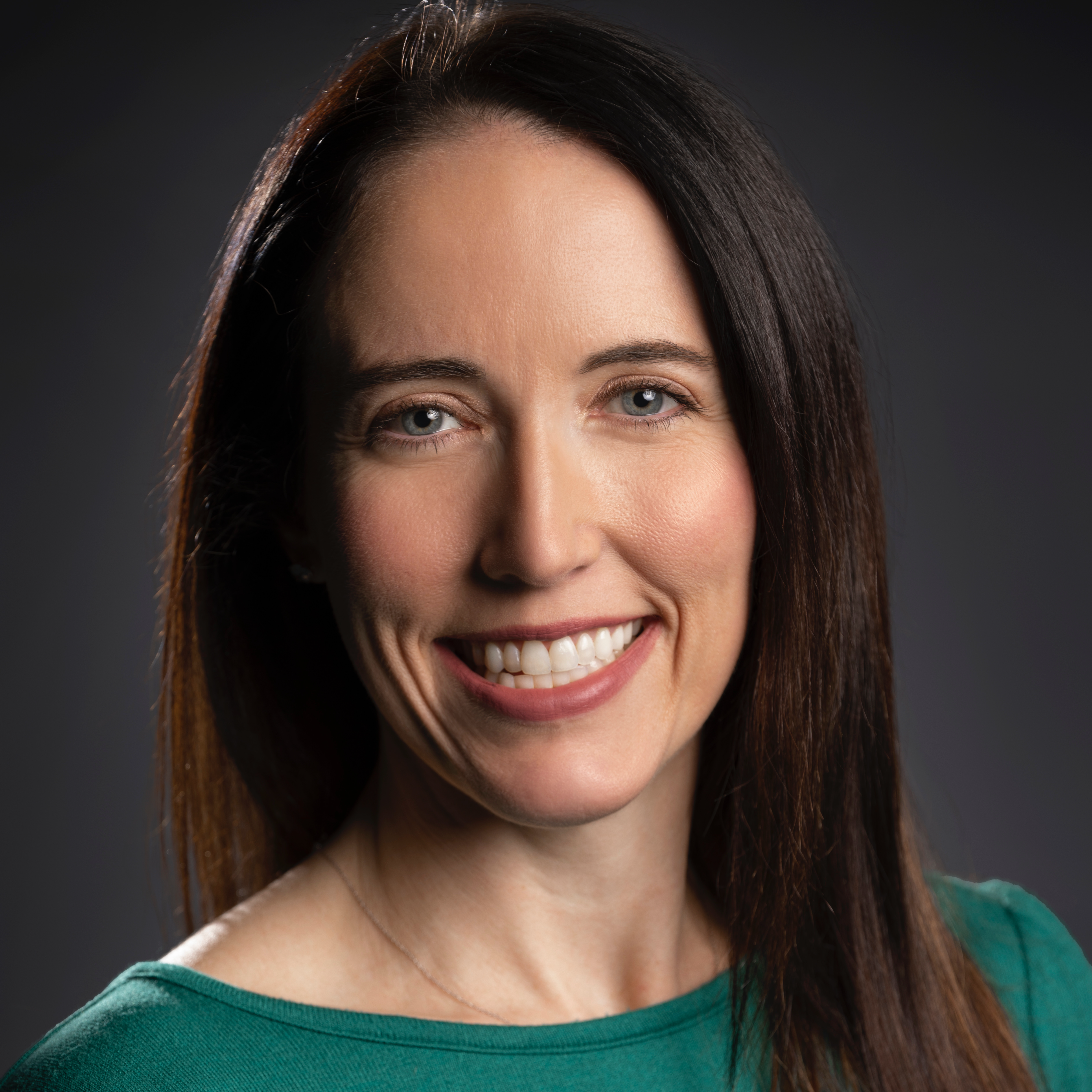 Elizabeth Fabrega was born and raised in Thibodaux, Louisiana, a small town 60 miles southwest of New Orleans in the heart of Cajun Country. She graduated from E.D.White Catholic High School in Thibodaux, and received her Bachelor's degree in English Literature/communications from Loyola University New Orleans. After graduation, Elizabeth spent several years working as an Admissions Counselor in the Department of Admissions at Loyola University.

During her time in Admissions, she traveled to high schools across the country guiding high school students and their families through the college admissions process. Visiting public and private high schools in a range of cities such as Nashville, Detroit, Cincinnati, Kansas City, and numerous small towns in between gave an excellent insight into the varying degrees and levels of education offered across the country.

Elizabeth and her husband Gus also lived in Little Rock, Arkansas for four years as he completed his medical residency program. During those four years she worked as the Volunteer Coordinator at the University of Arkansas for Medical Sciences (UAMS). She worked to place student and community volunteers in appropriate departments around the medical complex.

After moving to Lawton in 2011, Elizabeth spent time adjusting to life in another new state, and her new role as mother to their two children who were born during the family's first few years in Lawton. Both children began their education at St. Mary’s Catholic School and continued onto Flower Mound Elementary before recently enrolling in Lawton Public Schools.

Elizabeth is actively involved in the Lawton community as a board member at the Lawton Family YMCA, the Comanche County Memorial Hospital Foundation board, Junior League of Lawton, and various other committees and projects.

She and her family enjoy returning home to South Louisiana often to visit family and friends, and attend as many games as possible for their beloved New Orleans Saints. 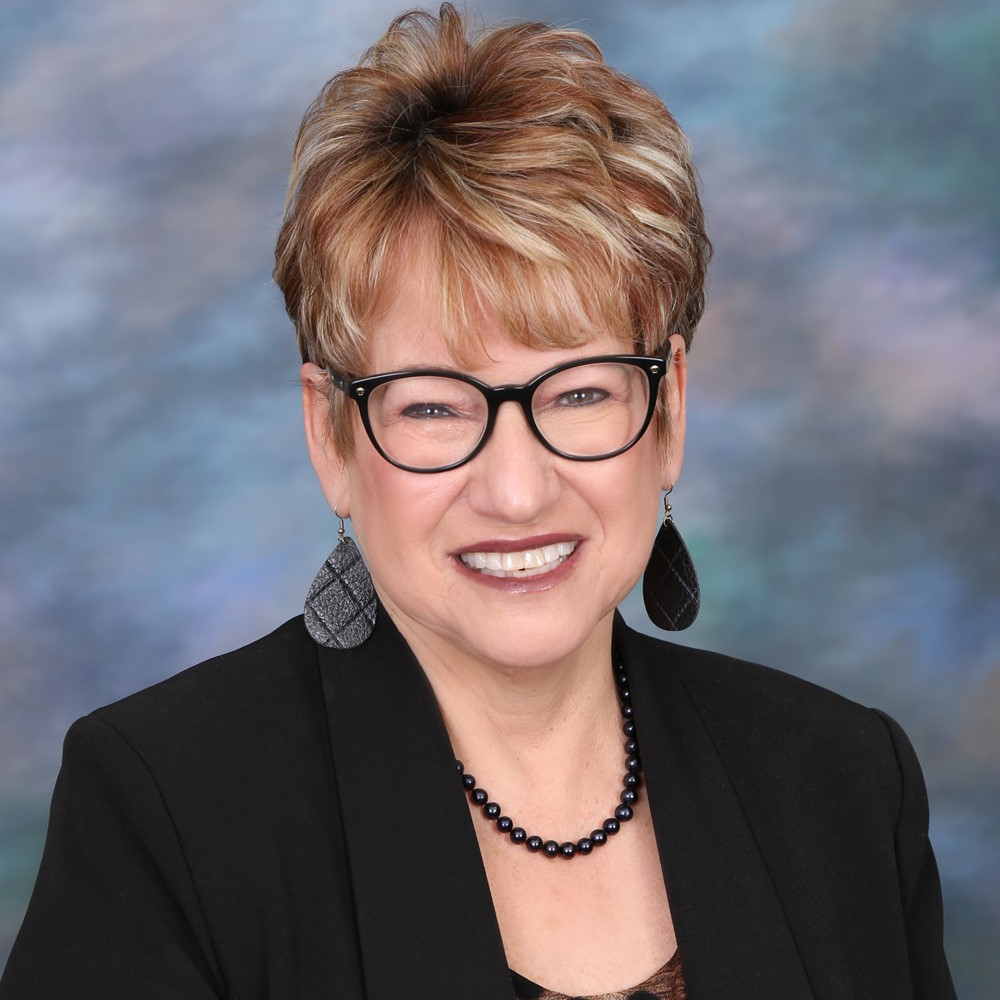 Mary Ray Bradley was born and raised in Lawton, OK and was a product of Lawton Public Schools, graduating from Eisenhower High School. She received her bachelor's degree from Cameron University and her master's degree from Southwestern Oklahoma State University. She began her teaching career in January 1976. She has taught Kindergarten, Fourth, Fifth and Sixth Grade. In 1990, she was hired to be one of Lawton's first Elementary counselors and served in that position until her retirement in 2013. During those years she was selected as Almor West's "Teacher of the Year" and one of Lawton Public School's "Champions for Children."
Ms. Bradley and her husband, Gary, have two grown children and two grandchildren. She is an active member of First Baptist Church in Lawton. She also volunteers at the free clinic Hearts that Care and is a member of the Salvation Army Women's Auxiliary. Ms. Bradley enjoys Bible study, her grandchildren, family, friends and travel. 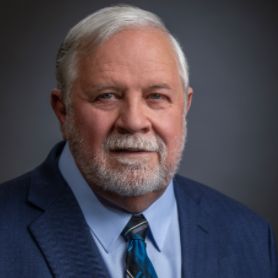 Zeldon Rice first came to the Lawton/Fort Sill Area in 1974 as a member of the United States Army. He served in the Army for 24 Years and retired as a First Sergeant in 1998. During his 24 years he was stationed and lived in the Lawton/Fort Sill Area for 14 of those years.
He taught at the Great Plains Technology Center starting 1997 where he was part of the Adult Education Staff and instructed classes at night and on weekends. He continued to teach until 2012. He instructed both software and hardware classes.
After retirement from the US Army he was hired by Lawton Public Schools as an AV/Computer Technician. After the first year he was promoted to Lead Computer Technician, then Hardware Analyst, then Director of Hardware Services and finally promoted to Director of Information Technology for Lawton Public School District. He retired from Lawton Public Schools in January of 2018.
During his time in the Lawton/Fort Sill area his children, stepchildren, grandchildren, nieces and nephews have attended or are currently attending Lawton Public Schools.
Rice is also a member of the Great Plains AMBUCS and is currently on the Board of Directors. He was also a longtime member of the Southwest Oklahoma Football Officials Association and has held position of President, and Vice President. He was the Secretary/Treasurer for his last 5 Years. He was inducted into the Southwest Oklahoma Football Officials Association Hall of Fame in 2017.